This seminar overviewed grave violations of human rights, with a special focus on enforced disappearances and extra-judicial killings in Sindh and Balochistan by the state establishment of Pakistan.

The participants expressed the view that in all possible measures and accounts the acts of the Pakistani military tantamount to genocide, and crimes against humanity, therefore, calling for an urgent international intervention to ensure the lives and human rights of millions of people. The seminar also discussed the destructive role of CPEC which in the guise of economic prosperity is stealing the mineral and sea resources of Sindh and Balochistan while depriving their people of its benefits.

The speakers in the seminar expressed that Pakistan has continued the dehumanization and genocide of these two nations. They stressed on the need of concerted and meaningful efforts by the United Nations and the international community to uphold their mandate and commitment to human rights by ensuring Pakistan does not operate to the exclusion of international law.

The General-Secretary of BHRC, Samad Baloch provided a detailed statement on the doctrine of humanitarian intervention and its general application. He emphasized that it is the moral and legal obligation of the international community to intervene in a situation where the state is violating all international laws and regulations regarding the protection and the dignity of citizens. Pakistan has been carrying out the worst of the human rights abuses hardly witnessed in the region yet the champions of human rights have preferred to turn a blind eye to these crimes which raise serious questions on the role of the UN.

Other prominent speakers included Merce Monje of the Unrepresented Nations and Peoples Organization who criticised the Chinese led BRI and explained how China with its aggressive expansionist plans is fending on the resources of the various nations of the region. She showed disappointment over the role of Germany which in the hope of economic gains is overlooking the destructive side of the CPEC which goes contrary to Germany’s stand and promises on human rights.

Shaukat Kashmiri of the UKPNP, Dr Syed Sadat of Afghan Unity Front and Baseer Naved, the Executive Director of IHRC slammed Pakistan military’s role in the forcible disappearances and extra-judicial killings of dissents in Sindh, Balochistan, KPK and PoK. They strongly criticized the forced conversion of Sindhi Hindu girls to Islam.

In his remarks, Dr Lukhu Luhana emphasized that the UN and EU should mandate independent and impartial investigations into serious human rights abuses which as a consequence of remaining unchecked for decades have created a serious humanitarian crisis in Balochistan and Sindh. They should have a clear stand on Pakistan’s actions in Sindh and Balochistan.

“These investigations must also produce results and recommend steps to ensure an end to the systematic abuse facing the Baloch and Sindhis”, said Dr Lakhu Luhana.

At the end the seminar unanimously adopted a resolution calling for immediate international intervention in Balochistan and Sindh. The resolution was read by Guhram Baloch, the representative of BHRC in the Netherlands. 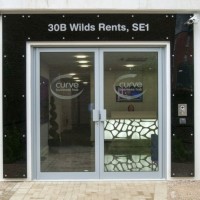 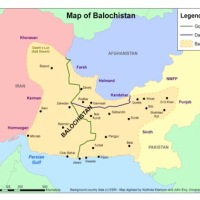